Edmunds has been in the business of assisting automobile buyers for more than 50 years. In 1995—well before automakers began creating websites for consumers—the company launched the first automotive information online site. Today, they continue to innovate, offering popular online tools such as the Edmunds True Market Value (TMV) pricing tools and True Cost to Own tool.

Buyers trust Edmunds to offer advice and resources to help them buy the perfect automobile, while dealers count on Edmunds to help them find enthusiastic customers. With a site that processes 20 million user actions per day and 40 TB of data per year, the need for effective tools to manage and make the most of this data is paramount.

“Internally, we need to provide people across the company with data that matters to them,” explains Punnoose Isaac, executive director of analytics development at Edmunds.com. “But people in R&D or the folks from marketing, they don’t want to stop and write a query. And they don’t want to have to work through an engineer just to get the information they need.”

“It’s as if the tools were getting in the way of the people who wanted to analyze and use the data,” Isaac says. “We’d build a dashboard for someone and it was OK. The dashboards could answer those original questions. But they didn’t allow the user to ask more questions or really drill down; for that, we had to build more dashboards. And on it went.”

All of this was time-consuming, and users were slow to adopt the tools or just wouldn’t use them after a while. The search was on for a better way to get and use the data.

Why Edmunds Chose AWS and Tableau

Edmunds began moving data to the cloud shortly before deciding to use software from Tableau for data visualization and analysis. Tableau is an AWS Partner Network (APN) Advanced Technology Partner with AWS Competencies in both Big Data and Mobile. It helps people see and understand data and explore with limitless visual analytics. Customers can build dashboards and perform ad hoc analyses in just a few clicks, and can share their work with anyone and make an impact on their business.

Edmunds’ choice to work with Tableau was a way to lower infrastructure costs and support both a more agile business model and the ebb and flow of web traffic. “We knew that AWS would offer us more flexibility and scalability, and ultimately be more economical in handling the amount of data we generate,” explains Isaac.

“Around this time, we began hearing about this new product, Tableau,” says Isaac. “People told us it was different—visual and easier to work with.” Tableau offers a new approach to business intelligence, allowing any approved user to create and publish dashboards and share them with colleagues, partners, or customers in a way that’s in a way that’s governed and secure, and with no need for programming skills.

The company started working with a trial version as a proof of concept, and it wasn’t long until people across Edmunds were requesting to use it. “The fast adoption is how I knew we were on to something with Tableau,” saysIsaac. “This was a tool that was in sync with our ideology of opening up access to data. And it does this not just by providing someone a report but by bringing data closer to analysis, so new questions can be answered.”

Democratizing Data in the Cloud

When the company deployed Tableau Server, it began using Amazon Redshift as a fast and powerful service, and Tableau’s interactive analysis to access and understand its data with low startup costs and without the hassle of involving a lot of data engineers. Since then, the company has also used Amazon Athena as a serverless, interactive query service that makes it easy to analyze big data in Amazon S3 using standard structured query language.

Scalability Plus Engagement and Adoption

The combination of AWS and Tableau is helping Edmunds continue to thrive, and even grow, while making smart decisions for the business that serve its customers and partners well. “We are impressed with AWS for what we call the ‘last mile processing’ of data—the application of business rules, filters, and other report rules,” says Isaac. “From Redshift to Athena, AWS is always coming up with more innovations that make it easier and more cost-effective to serve our customers.”

Meanwhile, user adoption of Tableau at Edmunds is exploding. “Almost half our company is using Tableau, which is amazing,” adds Isaac. “And of those, we’ve got nearly 70 percent using it once a week and nearly 25 percent using it daily. This is true self-service and data democratization for us.”

Horizon 7 on VMware Cloud on AWS 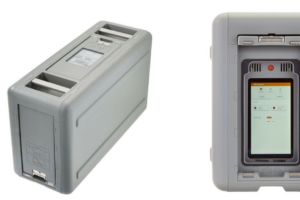 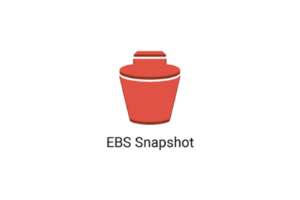 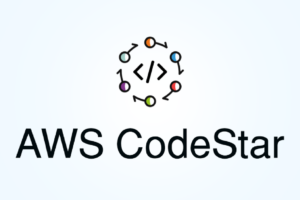 What is AWS CodeStar?